The UK government proposed their controversial Communications Data Bill earlier this year, which would see British ISPs made to keep records of every website that their customers visit for 12 months. Of course, you can see where civil rights groups, and others, would have problems with this. 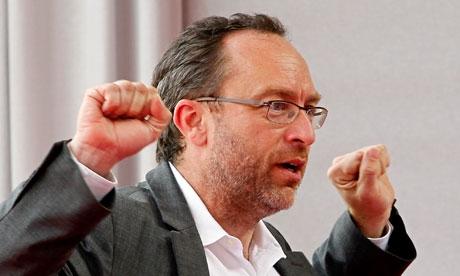 Wikipedia founder, Jimmy Wales, has stepped up to the debate and joined the opposition to the proposed bill, saying:

If we find that UK ISPs are mandated to keep track of every single webpage that you read at Wikipedia, I am almost certain we would immediately move to a default of encrypting all communication to the UK, so that the local ISP would only be able to see that you are speaking to Wikipedia, not what you are reading.

Wales has threatened to encrypt Wikipedia for UK-based users in order to protect their privacy. Wales adds that the data retention bill is:

The Guardian reports that the Wikipedia founder isn't the only one who opposes the bill, with some of the UK's biggest ISPs concerned over the legislation. They're worried of new costs to services, as well as the administrative problems associated with the bill. On top of this, data breaches could eventually happen, with users' browsing data landing in the hands of hackers.