Apple has confirmed September 12 as the day it is hosting a press conference in San Francisco. Of course, they haven't confirmed what they will be showing off or announcing at the press conference, but the invitation appears to hint at something that has been rumored for a while now. Take a look for yourself: 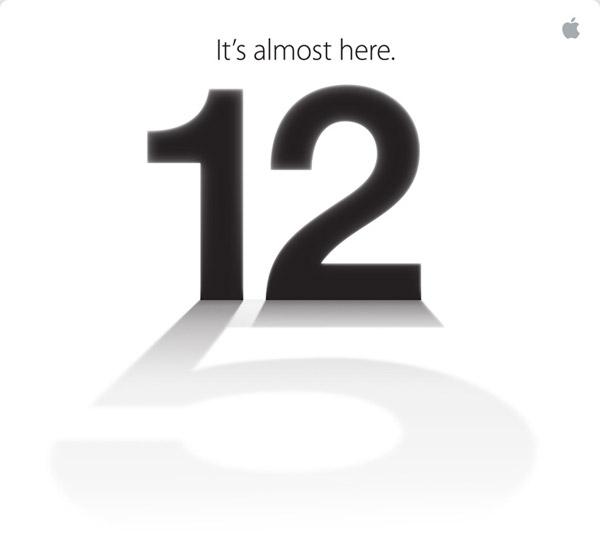 As you can see, the shadow of the 12 appears to be a 5. This is believed by many to be a hint that the next iPhone will indeed be called the iPhone 5 and that it will be announced at this event. Of course, announcing and availability are two different things. Rumors peg the device as going on sale about two weeks after the event.

Some peg the sale date just 9 days after the event on September 21. Either way, you can be assured that the staff here at TweakTown will keep you up-to-date on all of the latest iPhone happenings, including coverage of the event on September 12. Until then, you might want to consider holding off purchasing an iPhone as the next one seems to be almost here.