Thermaltake has again partnered with BMW to design PC components. This time, they have designed a new mouse to complement the also BMW-designed Level 10. Under the same namesake, the Level 10M is a gaming mouse and comes with a price tag quite a bit lower than its case brethren. At only $99, it's probably the cheapest thing you can buy that has been designed by BMW. 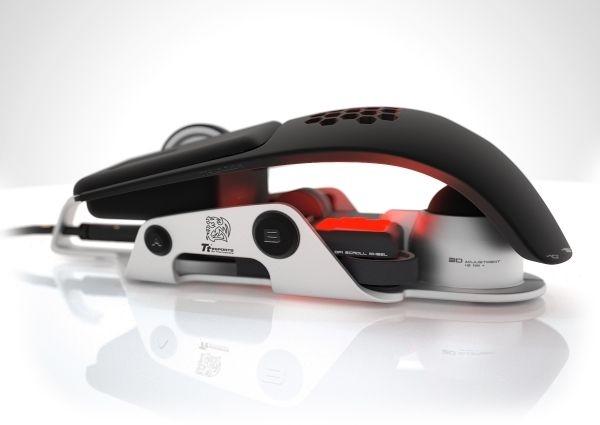 The mouse was actually unveiled at the beginning of 2012, but it has just seen its release August 27, 2012. Even though it hasn't shown up on NewEgg or Amazon, the press release says that the device is available online and in brick-and-mortar stores for a recommended price of $99. Not too bad of a price tag.

The cool design is immediately noticeable. As opposed to what a "normal" mouse looks like, the Level 10M has a hollow body and the palm rest appears to hover above the sensor. The palm rest can be raised, lowered, and adjusted side to side by the turning of a screw. It features 7 keys and the DPI can be turned all the way up to