Current rumors peg Apple at announcing their new iPhone in a matter of days, and now we have some news that might delight iPhone 4S owners. Apple are looking to help you out with pricing on the new, yet unannounced iPhone, with their Reuse and Recycle program. 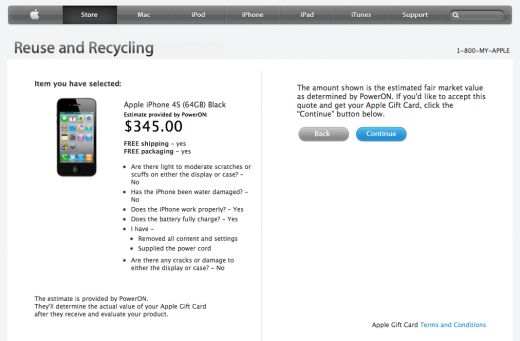 Using the program, you can select the model, color and condition of your iPhone 4S, or other Apple-branded devices, which will then give you a price that Apple believe your device is worth. Apple's top-end iPhone 4S 64GB model is worth $345, for example.