We've reported on LG's mysterious 'superphone' twice now, but it looks like the phone has been officially outed by LG. We'd like to introduce LG's Optimus G, and with it, LG are looking Samsung right in the eye and going for their jugular. 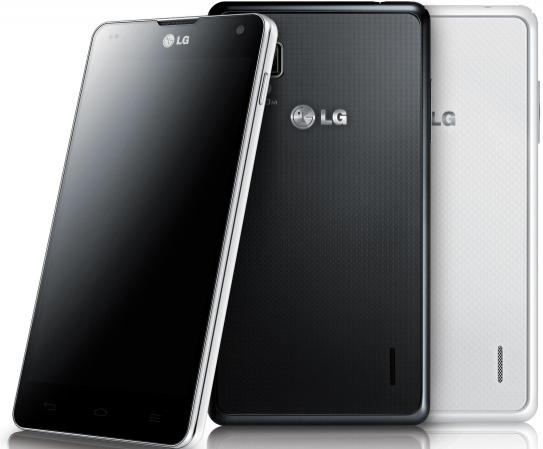 LG's Optimus G lands in Korea next month, and will be the first LTE-powered, quad-core CPU phone on the market. The exact chip is Qualcomm's Snapdragon S4 Pro APQ8064, which is a 1.5GHz quad-core beast of a chip, but that's not the best bit. Optimus G sports LG's fully integrated touch technology, "in-cell", providing a thinner screen, and bezel.

It's a True HD, 1280x768, IPS LCD and LG are claiming that when the smartphone is turned off, the 3mm bezel and body of the phone match the screen - very, very nice. Optimus G also bakes in 2GB of RAM, a 13-megapixel rear snapper, 1.3-megapixel front facer, and a 2,100mAh battery, all housed in a phone that is just 8mm thick. One of the downfalls, is that the Optimus G will only launch with Android 4.0 Ice Cream Sandwich, and not the freshly-baked Android 4.1 Jelly Bean. Sob.

LG have shown off a phone that looks to trump current Android leader, Samsung, and it's about time we had some competition in the Android space. This also beats Apple to the punch, if the new iPhone does indeed sport in-cell technology in its screen. Life's good over at LG.

In other news, this just became my most wanted phone.