Facebook for the iPhone received its much needed update a few hours ago, and it looks like photo sharing service, Flickr, have updated their Android application. Flickr for Android hasn't been updated for close to twelve months now, and it has needed an update to catch up to its iOS counterpart. 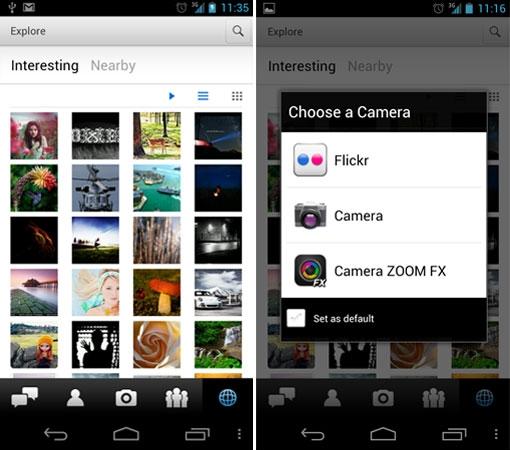 Flickr for Android now sports a new UI which features a navigation menu, and the Explore menu now sorts photos out much better, where it sorts them according to location and level of interest. Within the photo library search, the menu also sports notifications, profile, camera and upload options.

A pull-down refresh function keeps it feeling fresh like most other socially-orientated apps, and when the camera tab is tapped, you'll be prompted to either choose your camera, or your personal camera app of choice to take that photo. The ability to edit details/metadata on pictures and HTML content in comments and descriptions.