Earlier on today we visited the ASRock headquarters here in Taipei where we caught up with Chris Lee and Nick Shih who introduced to their latest motherboard, the ASRock Z77 OC Formula.

Nick Shih joined ASRock some seven months ago and joined the Taiwanese motherboard maker team with his past professional overclocking experience to help the company create a new motherboard that is designed purely for overclocking and enthusiasts and it has performance written all over it. He worked closely with ASRock engineers to create what they vision to be the best OC motherboard in the world.

In the above video Chris and Nick do a good job of telling us about the motherboard and why it's good for overclocking. Features such as premium chokes and caps that can handle various impedance frequencies are used along with a new digital PWM and more. Heck, ASRock even throw in a tube of GEIL thermal paste which is a first as far as I know and another feature I personally liked was the see-through PCB that shows each layer of the eight layer copper PCB.

Another feature which is sure to come in handy is the PCI Express on/off switch. It allows you to turn on or off all three of the x16 PCIe slots and that helps by reducing power consumption if two or more video cards are not needed or if you want to diagnose problems or just increase system stability while enter the wild world of LN2 overclocking. 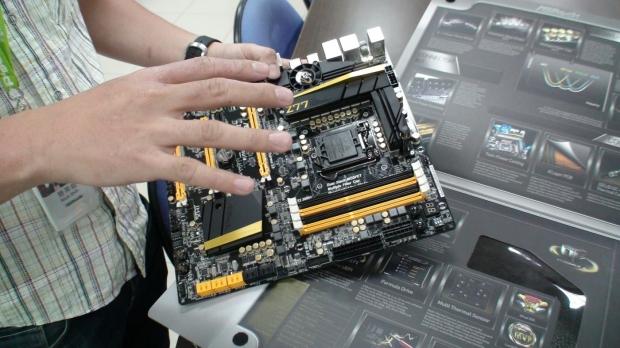 The board is over the top in just about every way you can imagine. ASRock has clearly designed this board for extreme overclockers looking to set new CPU OC records. The best part is that ASRock says you can pick this mobo up for around $239 from Newegg. After a quick check just now we confirmed the price at $239.99 which I have to say for what you get on this board, it's a great deal. 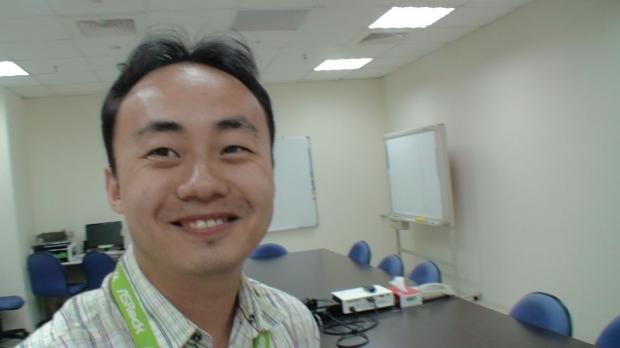 The exact board you see in the video above we took home with us and we'll have a review online here at TweakTown fairly soon. Stay tuned for that!