YouTube started preparing for the London 2012 Olympics last year, and it is probably a good thing they did. Considering the site pushed out a total of 231 million streams to the US and 64 countries in Africa and Asia.

From these 231 million streams, 72 million of them came from the IOC YouTube Channel. At the Olympics' peak, YouTube delivered more than 500,000 livestreams at the same time, this is five times the capacity of the Wembley Stadium. YouTube notes that a seven times improvement in quality based on low buffering and high frame rates contributed to the live video looking "better than ever before".

US-only stats sit with YouTube powering the online coverage at NBCOlympics.com, where they delivered more than 159 million total streams. NBC's native apps saw 37% of the views from mobile devices, and more than 50% of these were in HD. The US Olympic Committee YouTube Channel shared behind the scenes video with more than 6.75 million views, and 50 YouTube Creator "Invaded" London to show the full experience through their eyes. 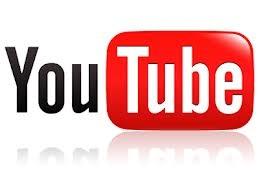