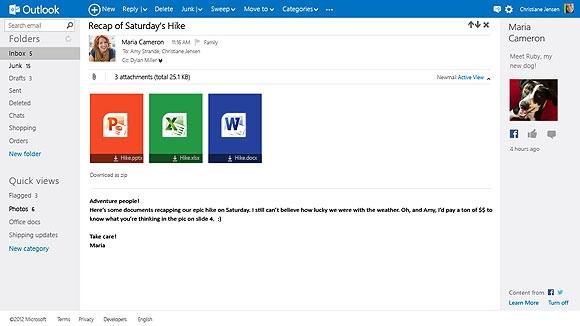 This stat was released alongside an announcement about the updated SkyDrive updates. The number could be slightly inflated by users grabbing vanity e-mails, but even still it is an impressive feat. In other news, SkyDrive has been revamped by Microsoft to feature a new, modern design and will soon be getting an Android app:

Since we launched the Outlook.com preview two weeks ago, we have been truly humbled by the reception. We've received hundreds of great comments, participated in thousands of threads on @reddit, @gizmodo, @neowin and are excited to share that, as of today, more than 10 million people have signed up and started using Outlook.com.

Today, we're updating SkyDrive with a new, more modern web design, refined SkyDrive apps for PCs and Macs, a new SkyDrive app for Android devices, and improved developer offerings. While there's always more to do to improve our products, these updates bring SkyDrive out of preview and ready for a billion users - in time for the upcoming releases of Windows 8, the new Outlook.com, and the new Office.