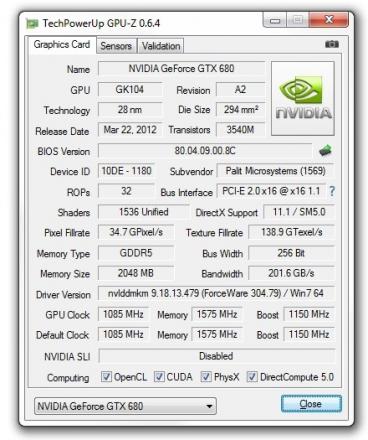 Usually software like this is updated shortly before the release of a new product, such as the NVIDIA GTX 660 Ti, rumored to be launching soon. Support for the NVIDIA 650 also shows that the September launch period is likely an accurate rumor. TechPowerUp also instituted several other changes in the newest version:

You can pick up the latest version of the software from TechPowerUp's website.