Richard Schulze, founder of Best Buy, has offered to buy the retailer for roughly $8.5 billion, according to reports. Schulze resigned as chairman after ex-CEO Brian Dunn was investigated for "personal misconduct" issues, has offered to pay between $24 and $26 per share for Best Buy, which he hopes to make private. 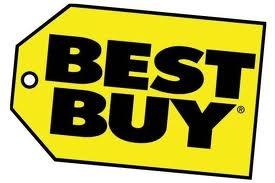 Best Buy has confirmed that they have indeed received the proposal, and says it will be considering it in the near future. As of June, Schulze held over 20% of the company, and plans to put forward $1 billion from that stake into the proposed deal. The remaining $7.5 billion (or so) would come from "premier private-equity firms" who claim to have a "deep experience in retail", as well as debt financing.

While according to Minnesota corporate law, permission from company directors is required in order to form a group for a more complete offer, which is requested in Schulze's offer letter, and has no deadline set. There is reportedly a source close to the matter that says that Schulze entered into the negotiations for the board's permission in the last couple of weeks, but wasn't successful due to the board claiming that it wasn't a good time to go public.

The company is on the hunt for a new CEO, and is asking for a few more weeks to consider the matter. Best Buy, as of May 5, has $1.7 billion in debt, and is going through some massive restructuring of its operations in the hope to save $800 million by the 2015 fiscal year.