During Take-Two Interactive's Q1 FY13 earnings call, the company said that Rockstar were "making substantial progress" on Grand Theft Auto V, but weren't prepared to share a release date for the upcoming game. The company did acknowledge two screenshots for the game that were released earlier this month, which the company says shows off GTA V's "vast, detailed, open-world setting". 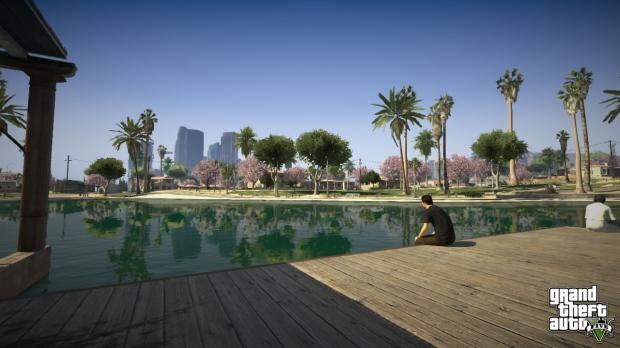 When pushed to reveal whether the game would see a release this financial year, Take-Two said that it hadn't "talked about a release date so can't talk about the credibility of a release date we haven't announced". According to a now-updated Take-Two release schedule, platforms for GTA V are still 'TBA'. This has now sparked the question of "will we see GTA V on next-gen consoles?"

Funnily enough, I mentioned that it would be great if Rockstar could release GTA V on next-gen consoles, over three months ago now. I think we'll see the beginning of console gaming split into two, which I've covered before in previous editorials. A high-end AAA title like this, with a multi-hundred-million-dollar budget, would be shooting themselves in the foot to release the game now with next-gen consoles most likely getting released next year.