GNU founder and PC-rights campaigner, Richard Stallman, has stepped forward and said that Valve's decision to sell DRM-based games on Linux is "unethical". Valve's digital distribution service, Steam, was announced it was making its way to Ubuntu 12.04 LTS, with the first game out of the Linux-branded gate being Left 4 Dead 2. 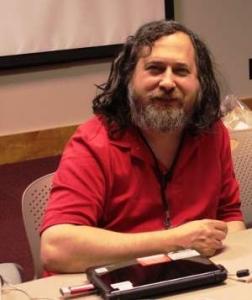 The move has been seen much more positively from the Linux community, which is mostly ignored by major commercial software developers. Most people see the move as a turning point toward making Linux more popular, but Stallman disagrees and says that closed source games are "unethical because they deny freedom to its users". Stallman added:

Stallman does agree that efforts by companies such as Valve could boost the adoption numbers of Linux, saying:

I think we're seeing a move from Windows, as founder of Valve, Gabe Newell, has said that Windows 8 is a "catastrophe", but I don't think we're seeing the full story just yet. Could he get pissed off enough to make Half-Life 3 a Linux-exclusive? Imagine the outrage that would cause...