Square Enix has announced its support for the upcoming Ouya Android gaming console. They plan to have the iPad and and DS version of Final Fantasy III available on the console at its launch. The Ouya device is still running through its Kickstarter campaign and has already raised about $6 million, 6 times its original funding target. 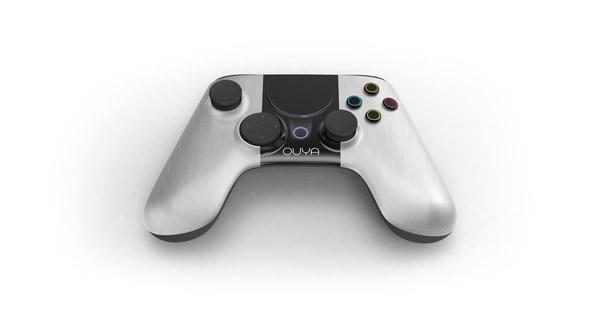 This campaign is one of Kickstarter's most successful campaigns ever. Thanks to the funding campaign, over companies and developers have started expressing their interest in the platform. OnLive, a system similar to NVIDIA's Grid gaming technology, will be supported natively on the console.

A few days ago, the design for the controller was released by the developers. What can be seen in the picture above is the sleek design which looks oddly similar to an Xbox 360 controller. Note the placement of the two thumbsticks, DPad, 4 buttons, and glowing center button. This should make it easier to transition from the 360 to the Ouya.