Once again, Facebook is unable to leave well enough alone and has produced an update for the appearance of its Photos service. This update aims to make the look of Photos on your Timeline more beautiful, as well as on anyone else's Timeline you happen to stumble upon. The new landing page is just an update and features all of your photos on a single page. 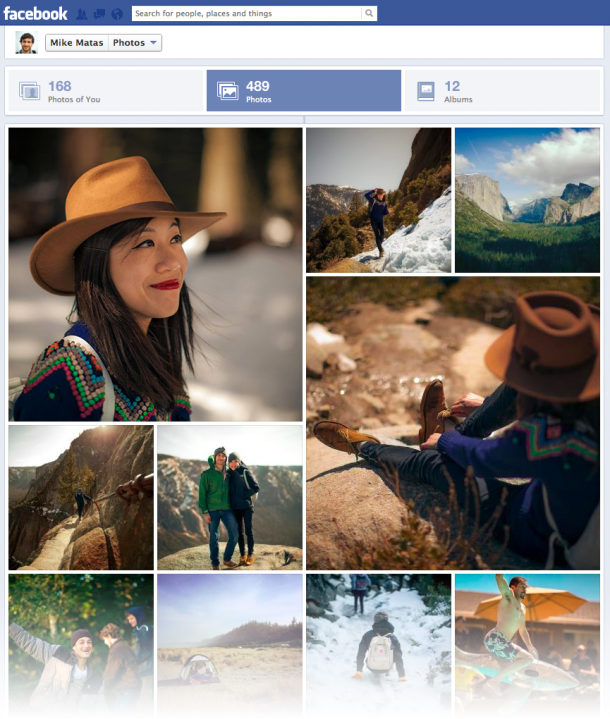 You may not have caught a glimpse of the new page just yet as it is being rolled out slowly to all of Facebook's 995 million monthly active users. "It'll be rolling out slowly over the course of a few weeks," a Facebook spokesperson said in a statement to CNet. The picture above shows what it will look like.

As they say, a picture is worth a thousand words, so I'm not sure what else to say about the new design. Facebook notes that the new design allows "larger pictures that fill up the page." This update is just one of the many that have occurred since the service first launched and appears to be a big improvement. Considering that there are 300 million photos uploaded daily, it's nice to see an improvement.