Google, not wanting to be outdone by Bing, has updated Google Maps and Google Earth with new high resolution imagery that encompasses 25 cities and 72 countries. Google had previously announced they were taking aerial shots of the globe to include in Maps and Earth and this imagery is finally starting to see the light of day. 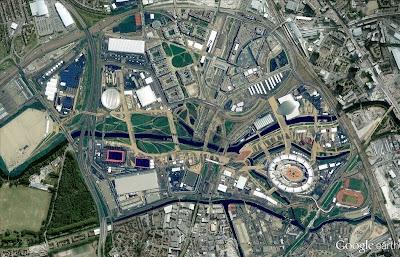 Quite frankly, the imagery is gorgeous. Since the Olympics are in town, Google is of course using Olympic Park and Village in London as the poster child, as you can see in the picture above. Hands down, this level of detail makes Google Maps the number one mapping service. If you look at competitors, it isn't even close.

Google has also increased its 45* offerings with 21 U.S. cities and 7 locations internationally. Google explains which locations got what:

Start looking now as it will take you days to check out all of the new imagery.