Samsung first showed off their 10.1-inch Galaxy Note 10.1 tablet at the Mobile World Congress in Barcelona earlier this year, and since its unveiling the slate, Samsung have baked in a few changes before release.

Since MWC, the Note 10.1 has received some of the same treatment the flagship Galaxy S III smartphone was treated to, this includes a similar color scheme of white and silver. It also includes the same Exynos 4 Quad processor, giving us a 1.4GHz quad-core CPU rocking along inside, as well as 2GB of RAM and support for HSPA+ 3G internet.

The Brave Post have managed to get their grubby little paws on one, and revealed the above details. Not only that, but they suggest that the inclusion of 3G internet access extends the Note 10.1's phone functionality, where it can act as a speaker phone and message access point. Samsung are still prepped to announce something on August 15, but this could well be their Galaxy Note II. 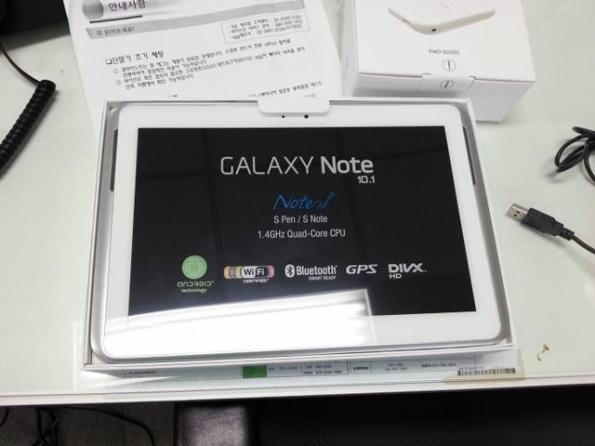 Now the tough decision needs to be made, do people grab this, running an Android OS, and 720p screen. Or, do they wait for Microsoft's Surface Pro which sports 1080p display, in-house 600dpi pen tech and a full copy of Windows 8 Pro. Decisions, decisions.