Qualcomm have shown off their first tablet, which is powered by the companies Snapdragon S4 Pro APQ8064 SoC, backed up by an ADreno 320 GPU. It's a quad-core processor clocked in at 1.5GHz. 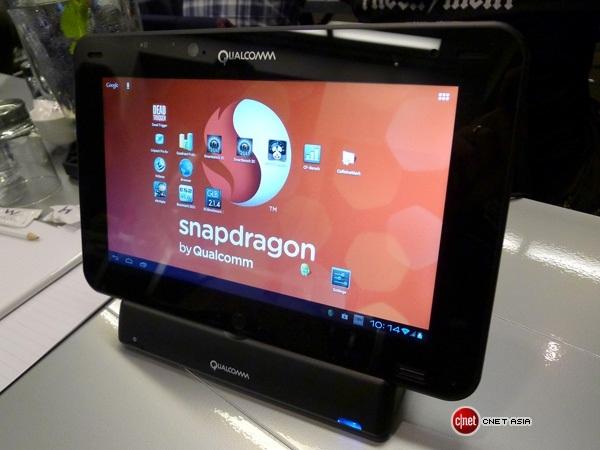 It's also very fast, and beats Samsung's Exynos 4 Quad which is found in the Galaxy S III, as well as HTC One X's NVIDIA Tegra 3 chip. Of course, it also beats Qualcomm's own Snapdragon S4 processor in a bunch of synthetic benchmarks. But, what is this beast priced at?

Also featured, is a MicroUSB port, microSD slot, headphone jack, volume toggle switch, and a fingerprint reader. Its downfall would be its screen, measuring at 10.1 inches, it has a resolution of just 1366x720. It does pack seven microphones across the tablet itself, with a Qualcomm rep saying that they hope to capture surround sound from the tablet.