A new report from KGI Securities analyst Ming-Chi Kuo outlines his estimates to Apple's product launch schedule for the second half of 2012, where he notes we should see an all-new iPod touch and iPod nano models, as well as a new iPhone and iPad mini models, and tweaked internals for the full-sized iPad. 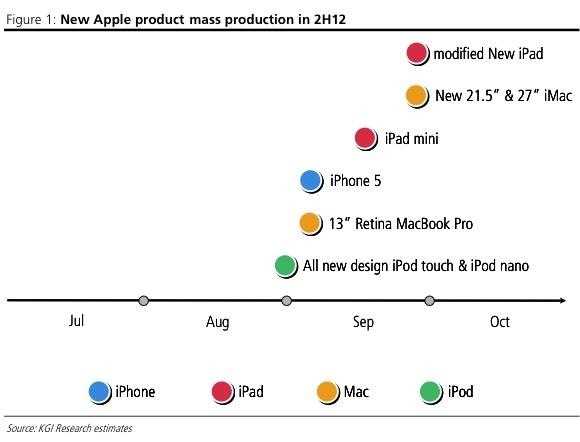 Kuo's report also mentions Apple's Mac range, where he believes Apple will launch their 13-inch Retina MacBook Pro in the Sept-Oct time frame. He notes that the launch of this 13-inch Retina MBP would be a little on the quiet side, because it would launch close to the new iPhone and iPad mini models: