It looks like Research in Motion (RIM) are getting into the news today with something positive, instead of job losses, negative finance reports, or delays on BB10. 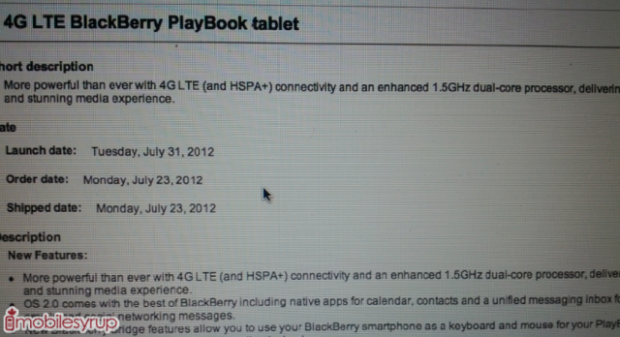 Mobile Syrup is reporting that they've been informed that the 4G LTE BlackBerry PlayBook is set to launch via Bell, and most likely on other Canadian carriers, next Tuesday, the 31st of July. According to an internal Bell document, the price of the 4G-capable PlayBook will be $549.95.