Earlier this year, German gaming company Gamigo was hacked where over 11 million e-mail addresses and encrypted passwords were stolen. It has been the biggest breach of its kind for 2012. 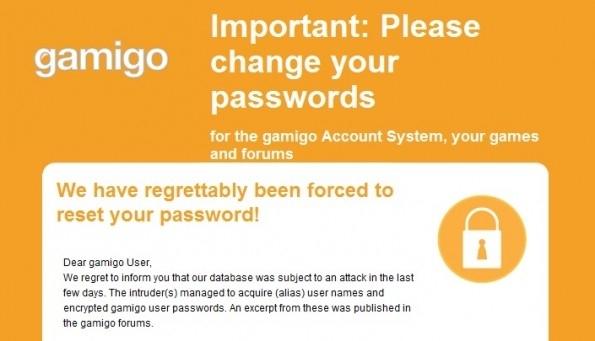 Gamigo is a free-to-play MMORPG site, and after the hack security researchers analyzed the dump, which included 3 million US (.com) e-mail address, 2.4 million German (.de) addresses, 1.3 million French (.fr) addresses, and 100,000 t-online.de addresses. Gamigo have forced password resets ahead of time, meaning if you're a member of the site, you don't have to worry just yet.

But, for people who use the same e-mail address and password on multiple sites may have something to worry about. The leak contains addresses for various services including Windows Live Hotmail, Gmail and Yahoo, as well as other accounts at companies like Allianz, Deutsche Bank, ExxonMobil, IBM and Siemens.