If RIM weren't already having enough troubles from sticking their fingers in the constant holes popping up in their ship, today is yet another day for the company. Bloomberg are reporting that RIM are looking to hand over $147.2 million to a New Jersey-based mobile device management firm, Mformation. 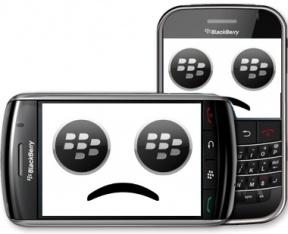 Back in 2008, Mformation filed a suit against RIM claiming that the company had infringed on two of their patents. Mformation alleges that RIM included patented functionality into their own product after preliminary talks didn't work. The jury sided with Mformation, and now Research in Motion are looking to shell out $8 for each of the 18.4 million devices in question, a bill of around $147.2 million.

But, RIM aren't looking to just hand over the cash, with their legal team already moving to have the verdict reversed. Is there anything else that can go wrong for RIM right now?