MSI, who are mostly known for their motherboards, graphics cards, notebooks and other smaller product lines, have decided they're entering the SSD business with their decision today. MSI have inked a deal with LSI-SandForce as a provider for SSD controllers. 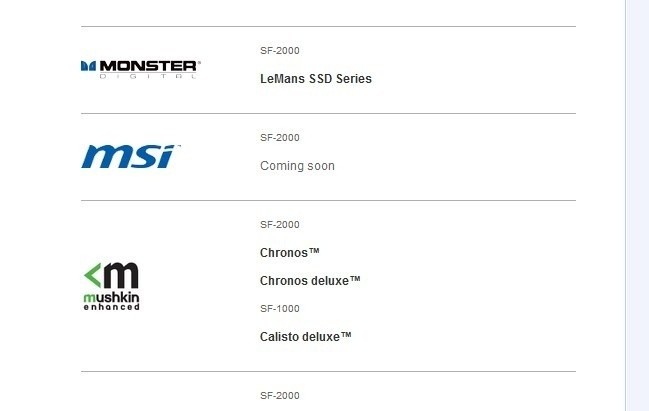 MSI's website states that all "SandForce-Driven" SSDs include a column for MSI, with model numbers for the upcoming SSDs "coming soon". MSI have dabbled in SSD's before, with their super-fast GT60/GT70 gaming notebooks that sport an MSI-designed SSD RAID solution.

What are your thoughts on the move into SSDs? A natural progression of business for MSI? Do you think we'll see exciting stuff from the usual motherboard- and graphics card-maker?