Back in 1996, Microsoft invested a hefty $220 million for a 50-percent stake in MSNBC, which launched in the same year. Microsoft sold most of their control in 2005, which left NBC with an 82-percent stake in the network, with an option of claiming the remaining 18-percent after two years. 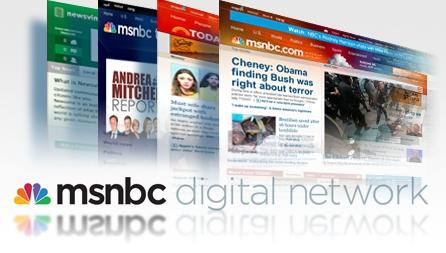 NBC Universal has announced plans to buy back Microsoft's remaining control of the MSNBC.com site, which will put an end to the partnership between the companies. NBC Universal will rebrand the web site, dropping Microsoft's "MS", which will create NBCNews.com, unnamed sources told the Beast.

NBC Universal is expected to announce the deal "within days", but an NBC representative told the news site that no deal has been struck yet. The report does note that the site's employees have been told. We should hear more of the deal early next week.