Microsoft talked of retail stores earlier this year, and those plans are now coming to fruition. The Redmond-based company behind Windows and Office plans to open up a Microsoft Store in Toronto, Canada later this year, as well as another store in Puerto Rico, according to Microsoft's Chief Operating Officer Kevin Turner, where he spoke at the Worldwide Partner Conference. 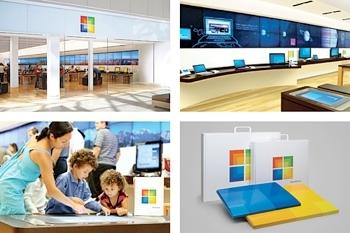 Microsoft currently have 20 stores open across the United States, with 9 more coming this year. Microsoft is opening an Orlando-based store on August 18, and its Boston Prudential Center on August 23. The Canadian and Puerto Rican stores will be the first time Microsoft have stepped outside of the U.S. with a Microsoft-branded store.

The company also has plans to extend across the pond to the U.K. with a store in London in 2013. Microsoft hopes to have a tally of 44 retail stores open by June 2013. Comparing them to Apple, they are small fries for now, with Apple having 364 stores in 13 countries, with a whopping 246 of those in the U.S..