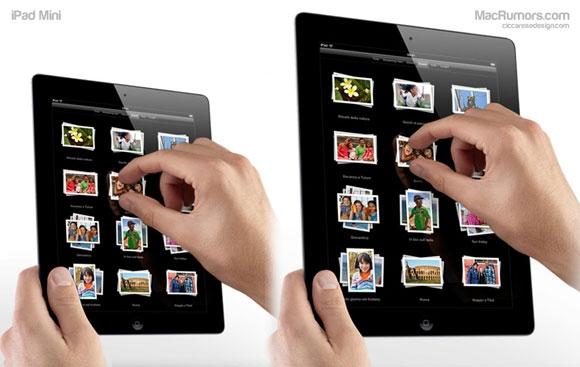 According to Chinese reliable source, the tablet called iPad mini will be produced in Brazil, however production test to collect data for new cutting machine is already done in China. Source said that, production phase of this tablet will be started since September, and this tablet should be shipped until holiday season, but announcement will not be so soon.

The 7.85-inch iPad is also said to sport 3G capabilities, but all other details are virtually non-existant. I expect the device to be super-thin, super-light, and hopefully it'll retain a decent screen resolution. Even 1280x720 or 1440x700 (or so) would be nice. I think these iPad mini rumors aren't just rumors anymore, but there seems to be enough reports from reputable sites talking about it, that we should expect Apple to want to combat Amazon's Kindle Fire, and the freshly-announced Nexus 7.