Google's Play store saw the disappearance of Samsung's GALAXY Nexus smartphone off of their virtual shelves last week, but it has made its triumphant return. The injunction to stop the Nexus from being sold was awaiting a response to four reported violations of patents. 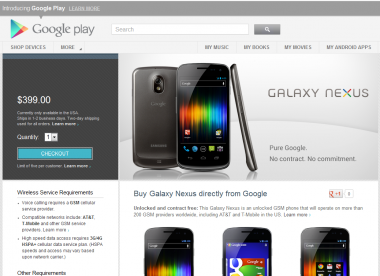 But, it was back a little over 24 hours later. The Nexus is important for Google to keep going into the future, as its their lead device for Ice Cream Sandwich. Although the device won't ship for another three-to-four weeks, it should be running a version of ICS that doesn't infringe on the patents Apple were throwing the injunction orders at them over.

Are you looking forward to grabbing a Nexus from the Play store?