Research in Motion may have hurt BlackBerry lovers last week, announcing the delay of the BlackBerry 10 OS until 2013, but between now and then, there's sure to be tonnes of news to keep us happy. A leaked hardware roadmap has been leaked, and gives us a good idea of what to expect from BlackBerry 10-based devices in 2013. 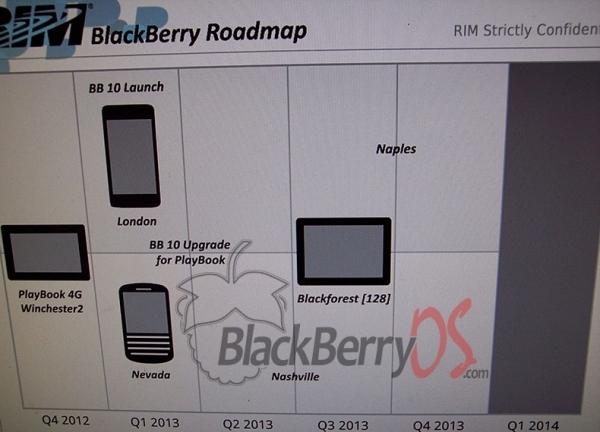 But, before 2013, we should see a release of the BlackBerry PlayBook 4G which should be launched in Q4 of this year, perfect timing for the holiday season. This device does pre-date the BB 10 launch, so there shouldn't be much to do hardware-wise with the PlayBook 4G.

A new tablet is to be expected, dubbed "Blackforest [128]". Blackforest is expected in Q3 2013, but there are no details of the tablet itself. Considering it has '128' in its name, this would leave me to believe we should expect 128 to represent the amount of flash storage the tablet will sport.