Hazzan, an Indonesian overclocker has broken the world record for overclocking graphics cards, using 3DMark 11. Hazzan used a 4-way GEFORCE GTX 680 setup, pushing a score of P33190, 39 points ahead of the previous record. 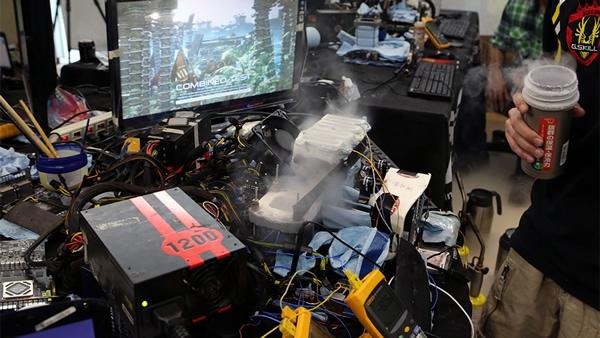 In order to get the record-breaking score, Hazzah had to go to some pretty serious lengths, as you can see from the pictures. He stood over his PC with an open bottle of liquid nitrogen (as you do), and kept pouring some in every few minutes or so, just to keep those pesky temps down. His entire rig consists of: