DigiTimes has a nice rumor here today, where they're reporting that Apple's supply chain will begin supply components for the mass production of Apple's next-gen iMac, with a launch as early as October. The same sources have noted that Apple plans to bake the high-res Retina Display into all of their product lines, which means the iMac will get a beautiful new screen. 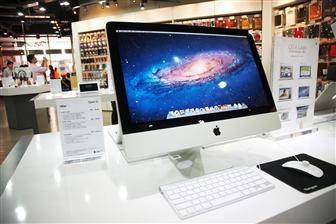 DigiTimes' sources state that Apple want to see Retina in all of their products, with hopes to overtake competitors in terms of screen resolution, since most other notebook and tablet PC makers are still catching up to the Full HD 1920x1080 resolution. With limited support for the Retina Display's resolution, it makes it more expensive to make, and adapt, than Full HD panels. Most PC makers have no plans to bump their screen resolutions up to the same spec, but things could change soon.

The all-in-one PC market is getting aggressive, and considering that Apple is the largest player in the all-in-one market, as well as a top-five vendor of the desktop PC market in terms of shipments, this should be something where Apple could really push some high-end products.