Samsung are quickly out of the gate by announcing that they will be providing upgrades for Jelly Bean "eligible" devices. This is good news, especially considering that Samsung only released their GALAXY S III a few weeks ago. 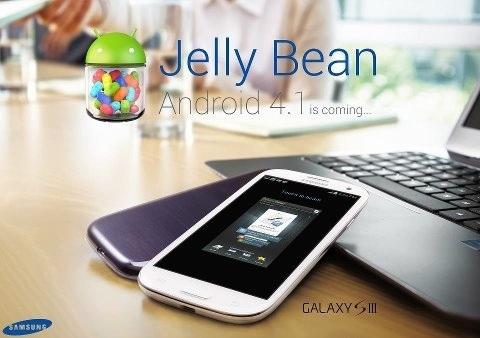 But, the question remains, what does Samsung consider "eligible", and how many would be eligible for Jelly Bean upgrades? Samsung's flagship GALAXY S III will most likely be the first to receive the Jelly Bean goodness, followed by the S II, Nexus and so forth.

Considering that the GALAXY S II just received its Ice Cream Sandwich update, it might be a little while before we can expect Jelly Bean on the S II. The Note II is coming soon, too, so that might just ship with Jelly Bean out of the box. This is the direct quote from Samsung's announcement:

Samsung will soon announce which additional devices are eligible for the Jelly Bean update. As the world's largest smartphone manufacturer, Samsung leads the Android community with best-in-class devices like the Galaxy S III, and is creating new device categories with products like the Galaxy Note. Samsung has delivered the most Nexus-branded lead OS devices and we are pleased that Google will be bringing Samsung Galaxy Nexus and Nexus S customers the first experiences of Jelly Bean on a handheld device.