Sony and Panasonic, rival Japanese TV makers, have announced they have shaken hands in a new deal where they'll join forces to make OLED (organic light emitting diode) TV sets, as they are set to fight Korean rivals Samsung Electronics and LG Electronics for the top dog position in the next-generation TV market. 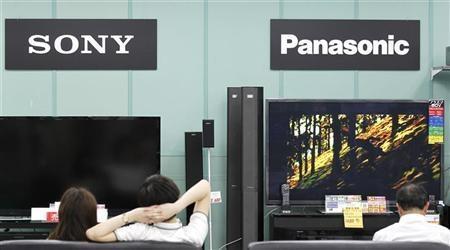 OLED sets are set to take over from LCD sets, and it will come down to which company is able to mass produce screens cheap enough for consumers to adapt to. Sony and Panasonic said in a statement that they plan to develop technologies to fabricate the screens and hope to hit mass-production in 2013.

Samsung and LG have both already shown off 55-inch OLED prototypes, with the TVs expected to hit the market later year at a wallet-busting $10,000 or so. This is around 400-percent higher for the same sized LCD-based screen. According to research firm IHS Inc. OLED-based TV shipments are meant to hit 2.1 million by 2015, up from a tiny 34,000 this year.