Advancements in 3D are made every day. No longer do users have to suffer through those red and cyan glasses to watch 3D movies. Some implementations nowadays, like the Nintendo 3DS, don't require any fancy headgear at all. It seems as though the future of 3D isn't that far off and the Star Trek holodeck technology may no longer remain a fantasy. 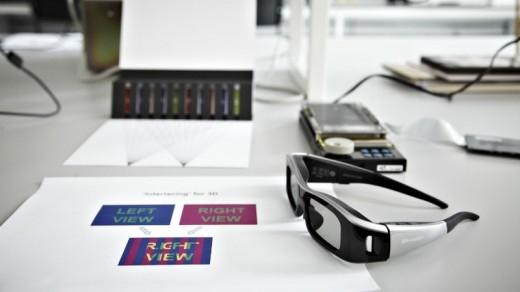 Sharp Labs Europe are leading the development of a new communication technology that will help to make 3D images indistinguishable from reality by using holographic technology. Some brush off 3D as just a gimmick, but others see it as just the first step. "The ultimate goal is to make a holographic display and what I mean by that is a display that shows images that are indistinguishable from reality," Mather says.

The first step, however, is to make it as commonplace as driving. "I think a sensible target is for 3D displays to become a natural part of modern life," Mather explains to Humans Invent. "Home cinema systems showing 3D movies, computer games played in an immersive environment and holiday photos presented with depth."

Just how far off from this goal are we? And what is the goal? Mather explains: "The ultimate 3D display is a holographic display. Many people don't realise but there is one thing missing from today's stereoscopic 3D displays. Despite the depth that they show, the objects always appear in focus, in a holographic display even the correct focus of the light is recreated to form a perfect replica of the real world. However, this is not without the addition of significant technical complexity. We may have to put together another 40 years of technical progress before we gain the benefits of such a display."