Microsoft held their "secret" press event this week, where they announced their Surface tablet running the upcoming Windows 8 OS, but did PC makers know what Microsoft was going to show off? Well, yes, yes they did. 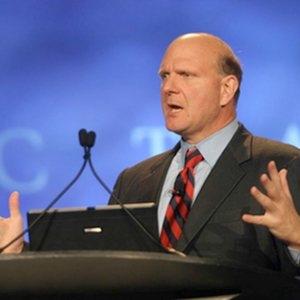 Was this why the Microsoft booth at Computex was so quiet? It would appear (to me at least) that this is the case. Ballmer did note that one of the reasons behind Microsoft building the Surface table was to "prime the pump" for Windows 8's release later in the year, noting that a tablet was an important piece of the overall story of Windows 8. PC makers have been quiet about the Surface tablet, and for good reason.

Will Microsoft hurt PC makers releasing the software, and hardware, as one company, ala Apple? Or will it eventually grow into a stronger relationship between Microsoft and the various PC makers? It's all exciting, from any way you look at it.