LG have released 'Quick Voice' for their Android phones in Korea, as competition against Apple's voice assistant, Siri, and Samsung's S Voice. Quick Voice will arrive in various Optimus family handsets such as the Vu and LTE II. 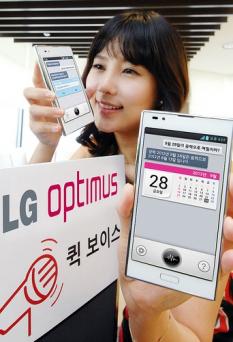 Quick Voice brings natural voice recognition to commonly used functions such as searching, setting up appointments or looking at videos on YouTube. For Korean users, you can even take a look at dates on the lunar calendar, it's that clued-up.

There's no word yet whether Quick Voice will jump the pond and arrive in any other country, but I don't see why LG would do such a thing as stop a new feature from jumping to other countries, and phones.