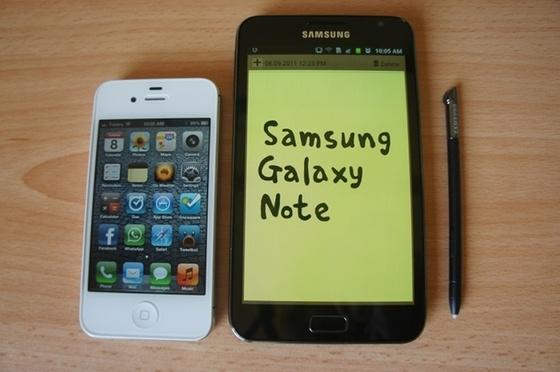 Some interesting news is that it would have the guts of the GALAXY S III, so we should expect Samsung's quad-core Exynos 4 Quad processor to be working its magic in the Note II. On top of this, it might sway from the 5.3-inch screen size of the already-big GALAXY Note, and increase its size, I'm guessing 5.5- to 5.6-inch. The Note II is also said to feature an unbreakable plane (UBP) display, which is a precursor to the flexible display.

One of the best bits of the GALAXY Note II is that it would arrive with Jelly Bean out of the box, yes! Rumored release date is October, and it should fall right around the time of Apple's iPhone 5 launch. Things are heating up once again in the smart device world and we hope to have a Note II on release for a review!