Google continues to be an open company when it comes to censorship and the like and has released its biannual Global Transparency Report which details take-down requests by people. In the past six months, Google said it saw an "alarming" number of Government requests, somewhere in the neighborhood of 1000 for the period. 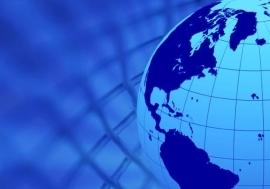 "Unfortunately, what we've seen over the past couple years has been troubling, and today is no different," Dorothy Chou, Google's senior policy analyst, said in a blog post. "When we started releasing this data, in 2010, we noticed that government agencies from different countries would sometimes ask us to remove political content that our users had posted on our services. We hoped this was an aberration. But now we know it's not."

Google said that they received 461 court orders for the removal of 6,989 items, of which they agreed to 68% of those orders. They also received 546 informal requests and agreed to remove content from 46% of those. The study leaves out Iran and China who block Google content without notification to the search giant.

"Just like every other time, we've been asked to take down political speech," Chou wrote. "It's alarming not only because free expression is at risk, but because some of these requests come from countries you might not suspect -- western democracies not typically associated with censorship."

Some of the requests not granted include a Polish demand that an article critical of a development agency be taken down, a Spanish demand that 270 links to articles and blogs critical of public figures and a Canadian request that a YouTube video of a man urinating on his passport and flushing it down the toilet be removed. None were complied with.