Toshiba has launched a 13" version of its Excite tablets and a few reviews have popped up online showing off a few issues. Thankfully, Toshiba didn't disgrace this tablet with a paltry 1366x768 screen and instead opted for a 1600x900 panel. It appears to be a TN panel as there is no mention of IPS, something usually added for marketing. 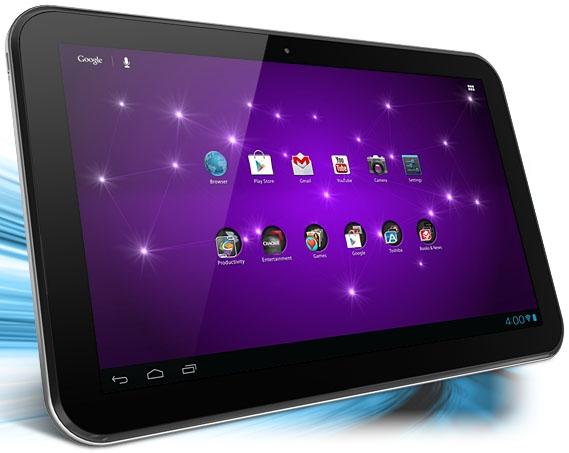 Some of the reviews we mentioned above have called out the screen as being rather dim, but that's the least of the panels problems. The Gorilla glass that covers the screen can stick to the LCD panel and create visible "puddles." Have no fear, though, as that can be alleviated by twisting the tablet like an ice cube tray.

The battery life is around 11 hours, at least according to one review. The device features a Tegra 3 SoC, a full-sized SD card reader, and Android 4.0. The tablet weighs in at a heavy 2.2lbs and isn't exactly cheap. The 32GB model runs about $650 and the 64GB model will run about $750. Both of those are more expensive than an iPad.