Going along with the rumor that the Apple lineup of computers will be receiving an update at WWDC, a blurry picture has hit the webs that is purported to be of the 15-inch MacBook's logic board. We can't promise anything, but we should find out later today if this is the real deal as we are just hours from an Apple Keynote. 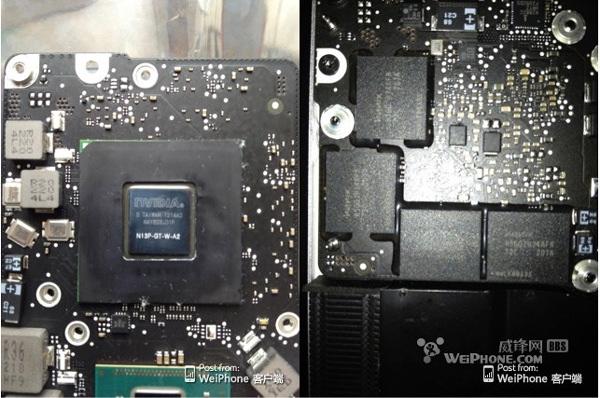 The picture seems to indicate an NVIDIA 650M as the next GPU destined to be in the MacBook Pro lineup. It's not unreasonable, but a bit unexpected after last year's high-profile switch to AMD graphics. But, then again, Apple doesn't really have any sense of loyalty or sentiment so this shouldn't matter much.

There have been several juicy rumors ahead of this upcoming Apple Keynote and we will be sure to let you know the full story of what does actually occur at the speech. Hopefully we see a complete refresh of the Mac Line, though I'm suspecting a new iPod Touch in the works since it's been a while since the last version released.