NVIDIA was showing off their upcoming GRID technology which streams games to your television. GRID eliminates the need for high performance PCs or even consoles. Samsung is NVIDIA's launch partner and the technology requires the users have a Samsung SMART TV, but more companies could be added in the future. 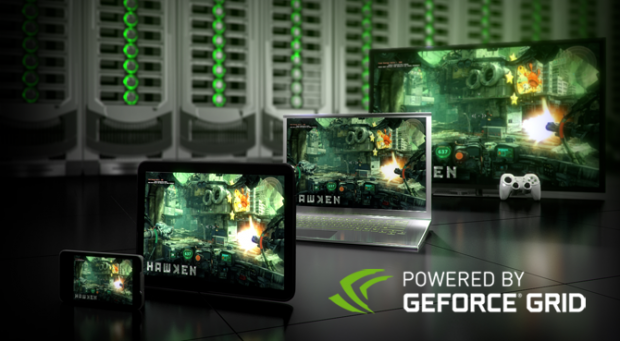 I got a chance to mess around with the technology at E3 and have to say I am impressed. The games were streaming from a data center about 5 miles away and I didn't feel like I was lagging. That's my biggest worry with the technology: how will they guarantee no lag? Furthermore, the technology requires a pretty big internet pipe, something that not all of us have the luxury of having.

The minimum spec for the internet is 5Mbps, something unavailable where I live. This means that it would be impossible for me to use NVIDIA GRID technology. Additionally, they haven't decided if it is going to be a subscription based model or something else, so pricing and information like that is still up in the air.

But, the main point to take away from this is that it works, seemingly without lag, and looks great while doing it. The graphics shown were better than any console that I have played on and they were coming from a data center 5 miles away. This truly seems to be "a game changer."