Computex 2012 - Just moments ago, we brought you the world exclusive first looks of 19nm Toshiba Toggle Flash and 20nm IMFT ONFi2 Flash paired with the SandForce SF-2281 controller. The testing circumstances were not the best but good enough for a first look. 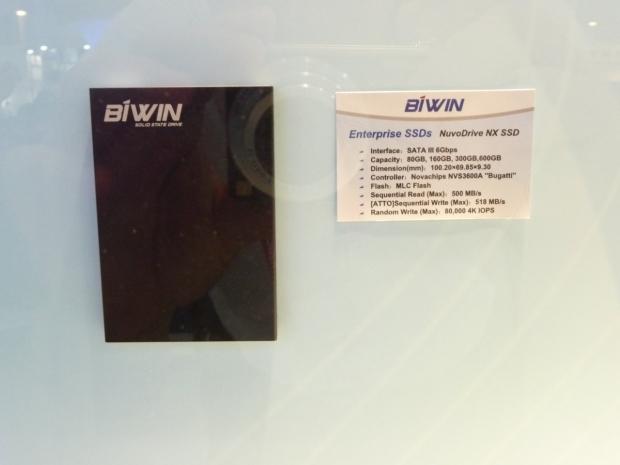 Now we're running at the new Biwin NuvoDrive NX based on NovaChips upcoming Bugatti controller. At Computex the case was sealed up so we don't know what flash this drive is paired with but we do know once again C-States were turned on and the driver used on the systems was the baseline Microsoft default. 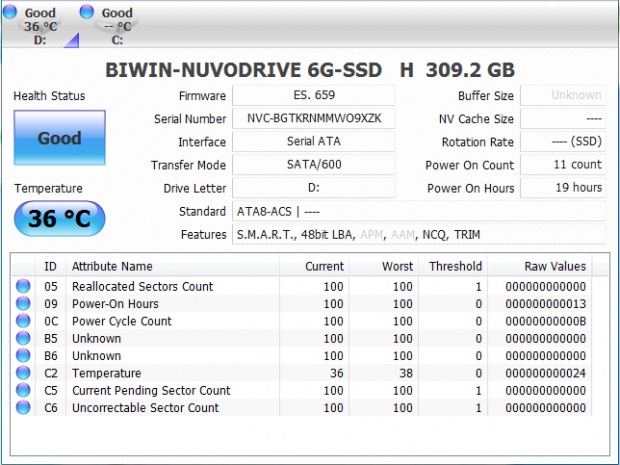 Today we're looking at the 320GB drive but due to the system setup (X79, MS driver and C-States) we can't compare these numbers to anything. 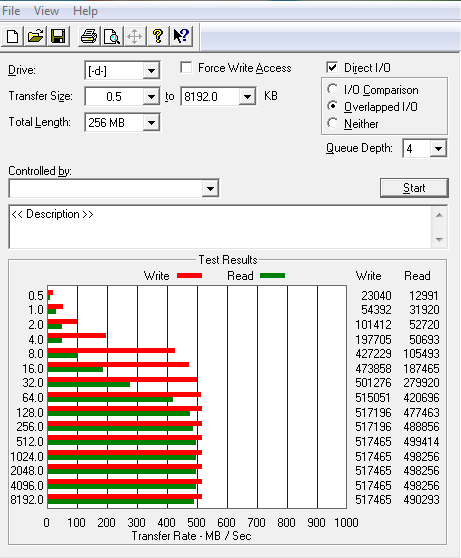 Let's look at the benchmark images and then we'll comment at the end. 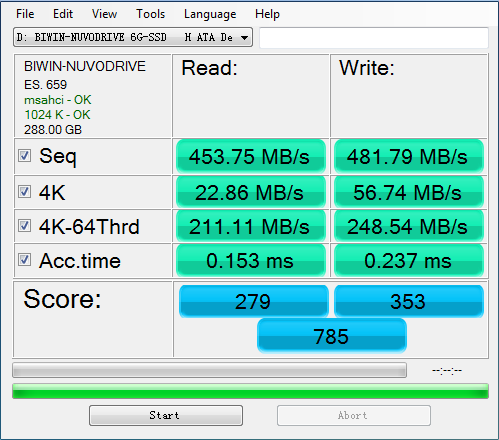 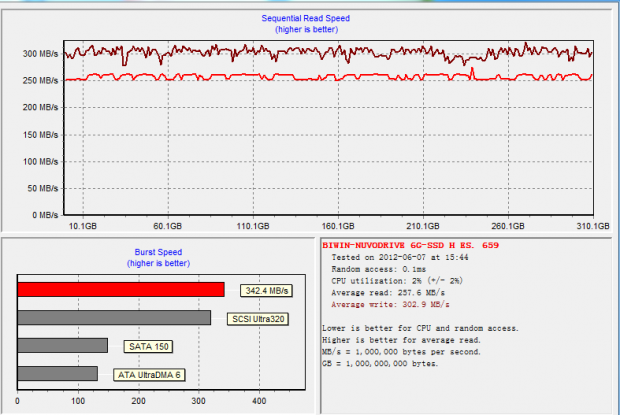 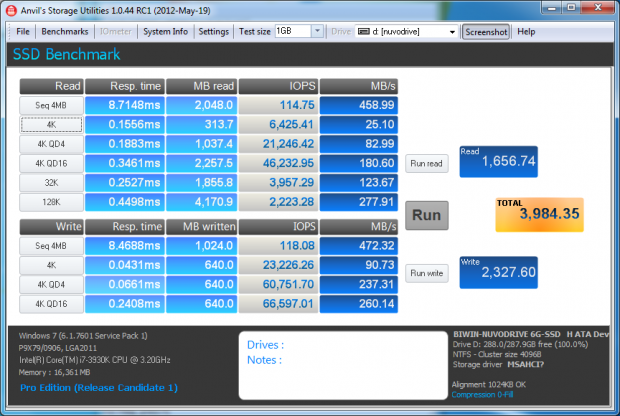 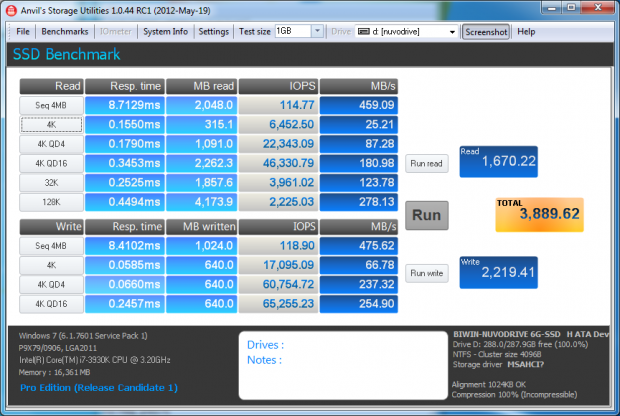 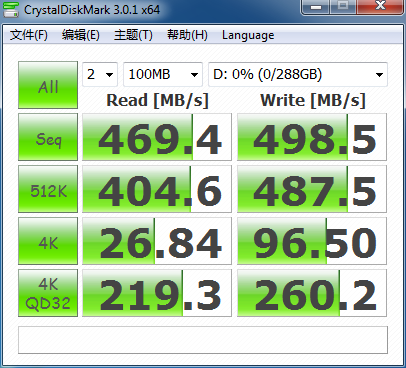 We can't do much with these numbers based on the testing circumstances but that doesn't mean you'll have to wait long. This one is coming back to the States with us for some controlled environment testing.