Computex 2012 - Computex is starting to wrap up and we only have one day left to run the halls. So far I've only visited half of the companies I planned to, but all is not lost as we made a few changes to the schedule to bring you some really nice exclusive coverage. 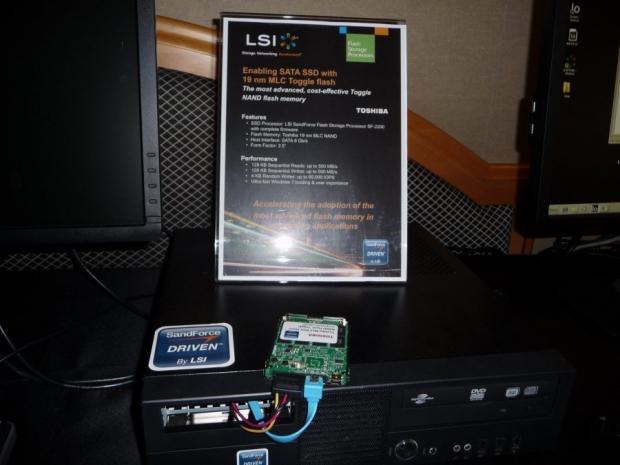 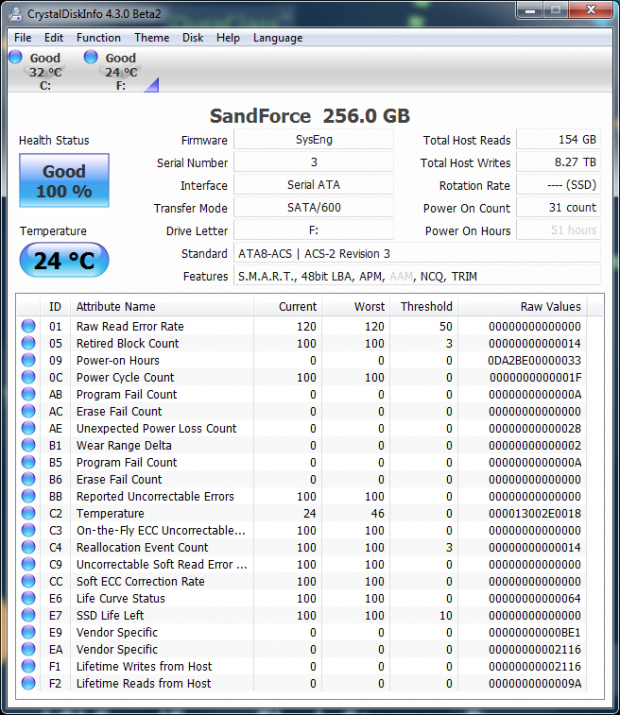 The first of our exclusive coverage comes from SandForce and what makes this particular SF-2281 controlled drive special is it's paired with Toshiba's upcoming 19nm Toggle Mode flash! 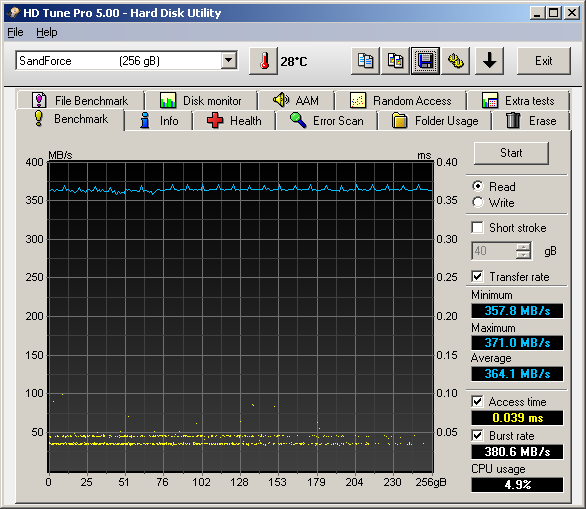 We're just going to run over the numbers with brief commentary. At the end we'll talk about what we're seeing. 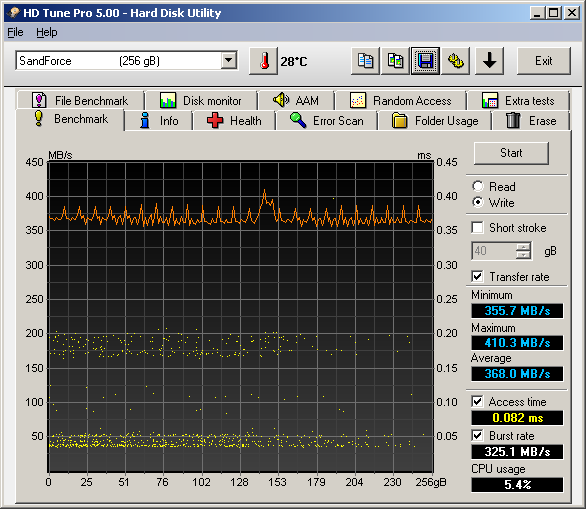 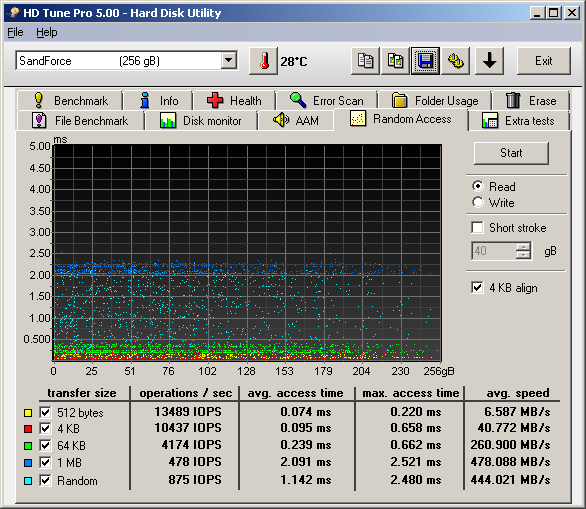 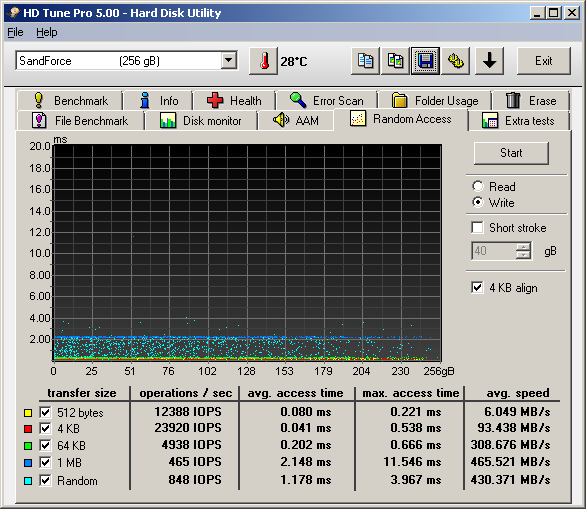 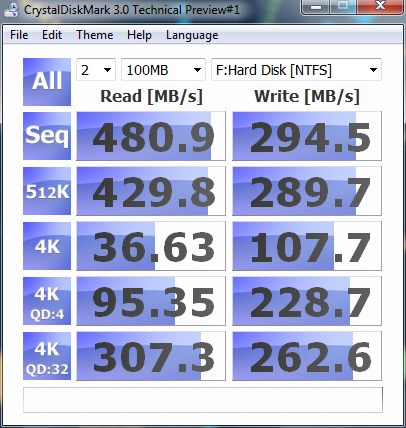 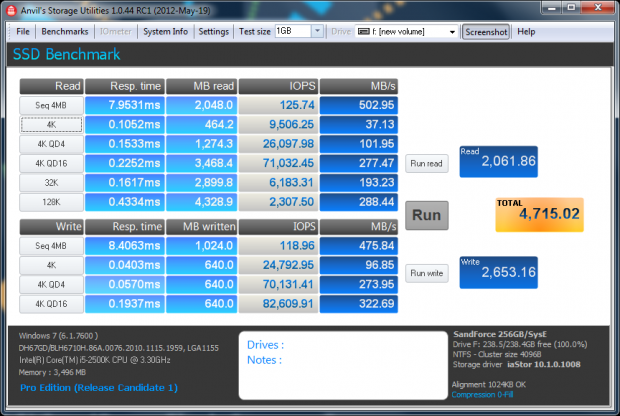 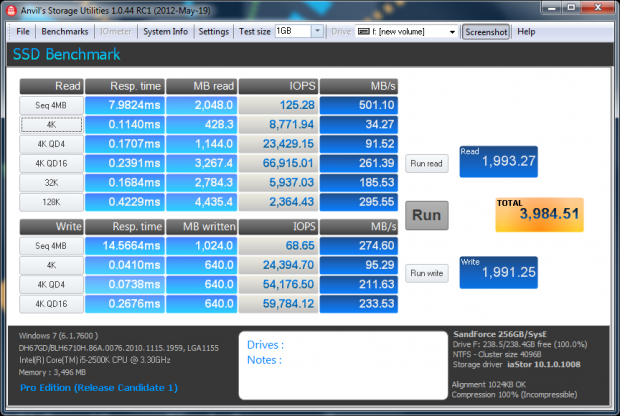 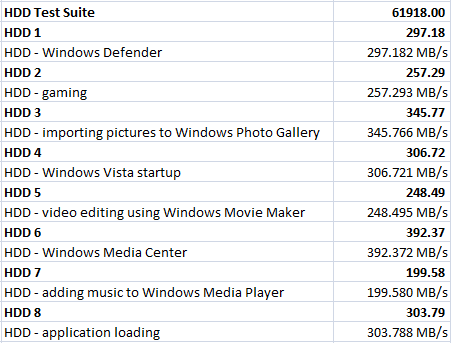 We always take a deep dive into the PCMark Vantage numbers but not so much this time. The system we ran the tests on had all of the C-State power savings features on so the performance was reduced quite a bit. As far as we know, only one preview website tests this way so there isn't much out there to compare the new 19nm Toggle flash to. When I get back to the states, I'll spend some time testing on a P67 system with the C-States on to gain some insight into the performance numbers for comparison.

From what we've gathered at Computex, Toshiba is just about ready to roll their new 19nm Toggle flash out and the performance is nearly identical to the 24nm their shipping now.

Stay tuned for the IMFT 20nm tests and a bit deeper commentary.