While I was standing in line for a Nyko product hands-on, the booth next to me was advertising this new game called "NBA Baller Beats." They had big name basketball stars there to promote it, along with younger athletes. However, I am deeming this game idea among on of the worst I have ever seen. 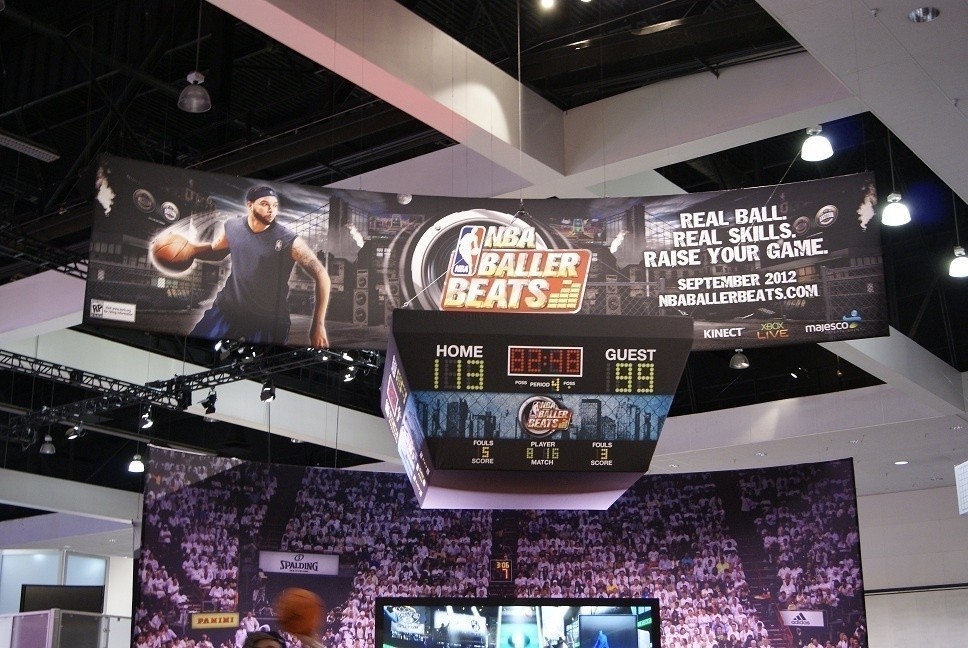 It's another Guitar Hero/Rockband rip off, but with a twist. Instead of strumming when a symbol reaches a point on the screen, you have to dribble a real basketball. The company is billing this game as the first to track a real ball using Kinect. Let's take a moment to point out the stupidity in this.

First, numerous people have carpet where they have their consoles. Second, most parents have a rule about playing with balls inside. Third, if I'm going to dribble and play with a basketball, why wouldn't I just go outside and do it? So, while it is cool that it can track the basketball, it really is a terrible game idea.

What are your thoughts? Is this a game you would be interested in purchasing and playing?