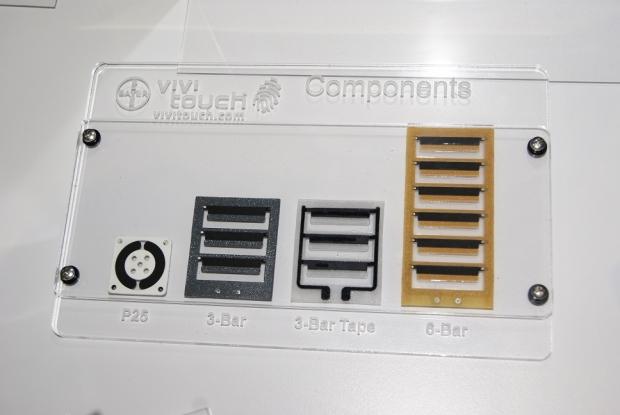 ViviTouch installed the technology into an Xbox 360 controller and I got a chance to play with it for a little while. Let's put it this way: I tried to steal it. Not literally, of course, but I did ask them where I could buy one almost immediately after picking it up. Currently, there is no solution on the market.

In addition to the Xbox controller, they had installed the technology into a pair of headphones. The technology, which was turned off by pressing a button on the side, seemed to increase the quality of the sound. Human hearing is done by vibrations, so having the headphones vibrate puts those vibrations directly into the bones of the ear.

ViviTouch is hoping to get Microsoft and others to implement the technology in their products, so hopefully we will see it on the market soon. Until then, we will have to rely on the old, traditional vibration technology. Shame.