Nintendo is really pushing the whole WiiU thing at this E3. Their massive booth is almost entirely dedicated to the WiiU with many different demo stations demoing many different games. They had an interesting way of getting people to try out all 5 different "attractions" in Nintendoland: They gave a pin after you played the attraction hands-on. 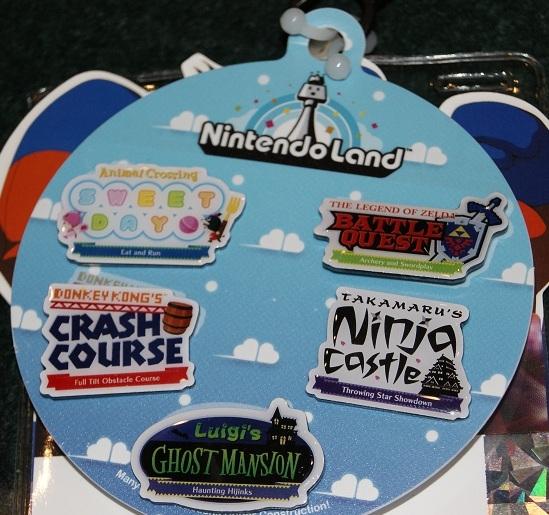 I've spent a good hour with the WiiU now and can give you some idea of how it is. The tablet controller works much better than I previously thought it would. Players really only need to watch the tablet controller's screen in most instances. The TV provides a different view for those watching the game.

Since the tablet can display a completely different screen than the TV, it allows some forms of competitive play that would not be possible without it. For instance, in Luigi's Ghost Mansion, the player with the tablet plays as the ghost, and the rest of the players use a regular Wii controller to walk around hunting the ghost. You can see the obvious issues if everyone were watching the same screen.

I asked one of the demo people to hold up the tablet for a picture and they asked that the actual console be present in the picture of the tablet controller, but they didn't specify that it had to take up a large portion of the picture.

One of the demo games was a Zelda game. It was interesting, but not quite the same as a full blown Zelda game. It was more an arcade style where the movement was controlled by the game. Nevertheless, the tablet and Wii controller implementation was good and has convinced me that the WiiU Tablet controller will be well accepted.