Computex 2012 - When it comes to RAM this year at Computex the big number that everyone is talking about is 3000MHz DDR thanks to the excellent overclocking ability that is present on the new Ivy Bridge Platform. Making sure that 3000MHz DDR can be run on multiple boards we saw G.Skill showing off the speed on both a GIGABYTE and ASUS board. 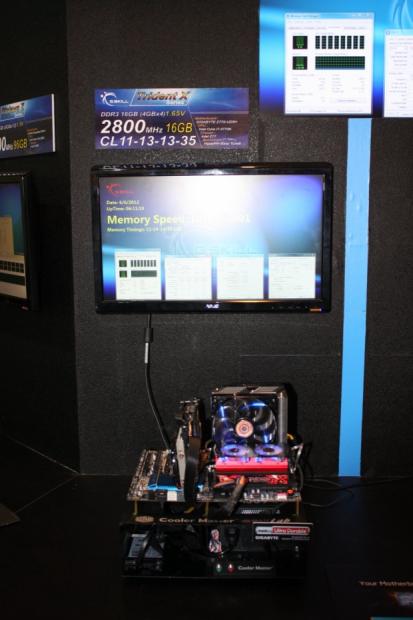 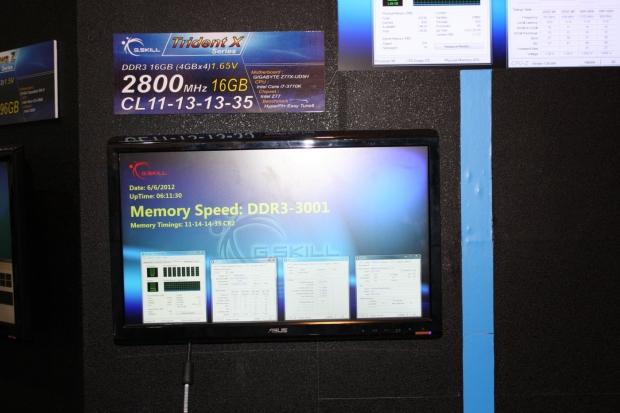 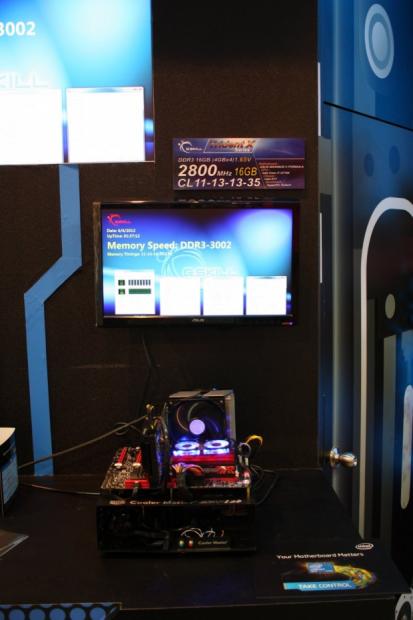 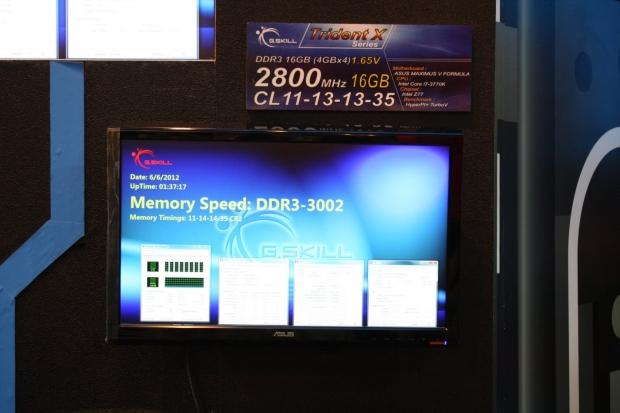 Just next to the GIGABYTE setup we saw the ASUS Maximus V Formula running the same 3770k with the same TridentX kit running at 3002MHz DDR at the exact same timings. The biggest issue for people who want to make use of 3000MHz DDR memory kits, though, isn't the motherboard, but the CPU.

Out of the four Ivy Bridge chips we've tested so far the best we've managed to achieve is 2730MHz DDR out of our chip. We did try to steal one of the 3770k chips from G.Skill when they weren't looking, but we didn't have any luck. Maybe tomorrow!