Computex 2012 - One of the most insane (and that's a good thing) things we've seen at Computex so far is the Zeus concept X79 motherboard.

If someone tried to sell you a motherboard without any PCI Express slots, what would you say to them? Go jump in the lake or let me give it a try. ASUS has been known for some pretty whacky concept designs in previous years, but this one takes the cake for creativity. 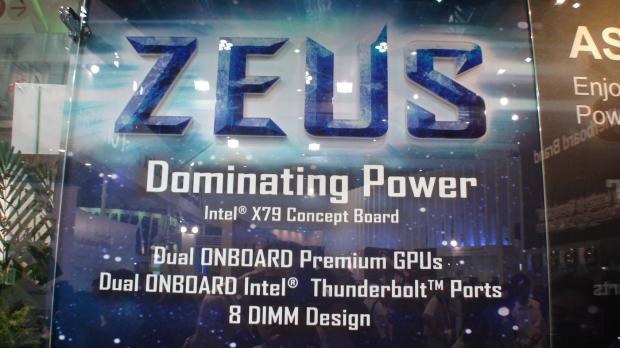 Onboard you get two GeForce GPUs operating in SLI mode. That's right, the motherboard comes with the GPU right on the board. This is rather creative and all, but what happens when the next GPU upgrade comes out? Are you expected to pull out the solder gun and install them yourself? Obviously not, but it's still a pretty cool idea none the less.

The Zeus in its concept stage also comes with two Thunderbolt ports and includes eight DIMM slots allowing for up to 128GB of DDR3 memory. At this stage of its life the board also includes no less than 10 SATA 6G ports with hardware RAID and a very solid 12 USB 3.0 ports. The I/O panel on the board is like nothing I've ever seen before. Even if this board never makes its way to the market, it was super cool to see anyway. 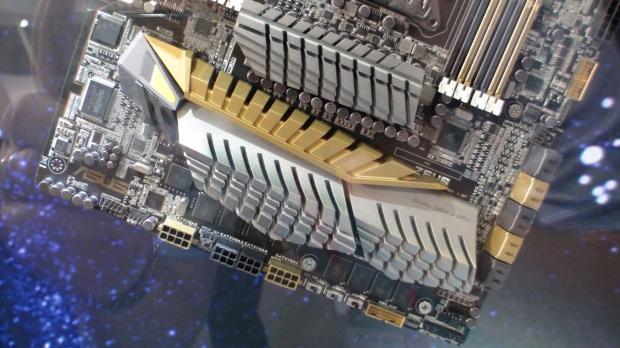