Computex 2012 - On Monday we managed to get some video time with MSI's brand new MPower Big Bang motherboards, which claim to change the game of overclocking. They are said to offer higher performance, water cooling support and more stable power.

We saw two new boards that we haven't seen before and they are the Z77 MPower and the X79 MPower. As you can probably tell by the model names the first is based on the Intel Z77 Express chipset for Ivy Bridge processors and the second is based on the older X79 chipset for Sandy Bridge-E processors. 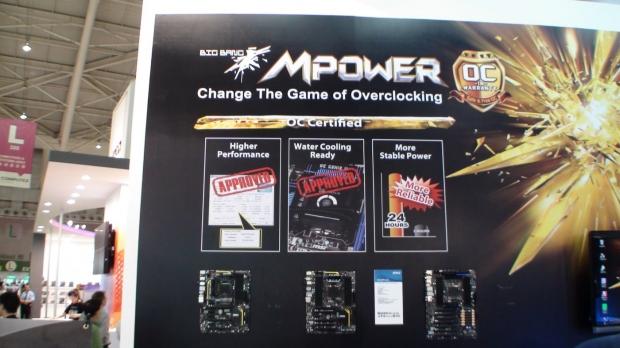 Sadly at the time we didn't have many details on hand to give to you, but at least in the video above you get a good close up look at these two boards as well as the Big Bang XPower II which you may have already seen before now.