Computex 2012 - Wow, we didn't expect to see this, but here it is. 3DMark for Windows 8, as it's called at this stage of development. The test was running at a screen resolution of 1280 x 720 with an AA sample count of 1. What you are seeing here is by no means a finished product at all.

As we walked around the Nangang Computex hall yesterday we managed to get some very exclusive eyes-on time with 3DMark for Windows 8 running on an MSI system. The system to be exact is an Intel Core i7-3960K, Big Bang-XPower II motherboard and two MSI GTX 680 Lightning video cards in SLI. 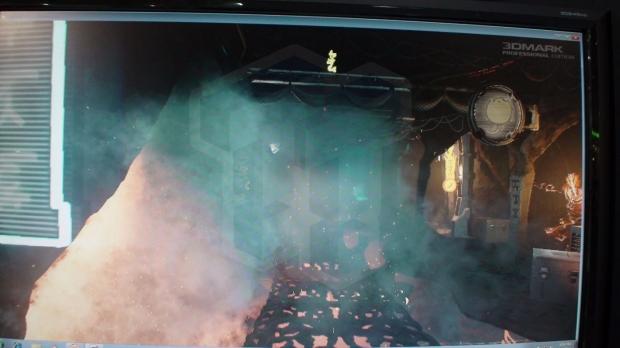 We told some of our friends last night and some questioned the relevance of a new 3DMark for Windows 8 considering at least at this stage that the new Microsoft OS will ship with DirectX 11. We don't know much more about the next 3DMark than you do based on what we can see in the video above, but it's very cool to see none the less.

Watch the video above and there are some screenshots in the gallery.