Windows 8 Release Preview is out a little early, and whilst it's just a Chinese version, it's been said that users have been able to install an English language pack through Windows Update. The leaked ISO has been confirmed and tested by a few websites such as PCBeta (Chinese) and WinUnleaked (English) and is available right now various torrent sites. Personally, I'll be waiting for the official version of the OS, which is expected sometime next week, right in the middle of Computex. 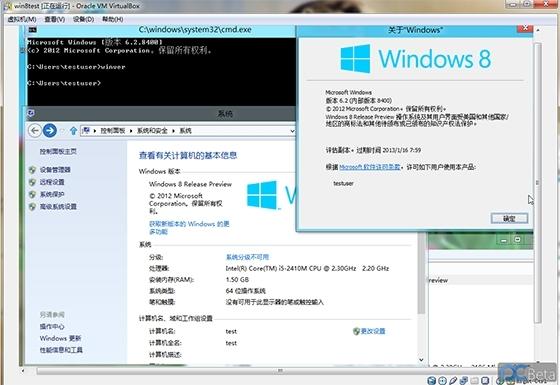 Build 8400 does include some goodies, such as improved multi-monitor support, a new boot screen, as well as updated wallpapers and cursors. The final version of Windows 8 is expected to not include the translucent Aero Glass, but is present in the current build of Windows 8, including build 8400.

Build 8400 improves upon Metro, where we see News, Travel and Sports apps have been added. Also, DigiTimes is reporting that sources have told them Microsoft may increase the price of OEM versions of Windows 8, which could make it harder on system builders to keep their prices sharp, especially on the Ultrabooks.

Pricing should be unveiled in the coming months, or even at Microsoft's keynote at Computex on June 6. We will be there in force, and will update you with the news as it happens.